Niagara Parkway is a scenic road along the Niagara River from Niagara-on-the-Lake to Table Rock, Niagara Falls and continues as a rural riverside highway to Fort Erie. It was originally built in 1912 and extended in 1936 with a total length of 56km (35 miles). A popular local tale is that Sir Winston Churchill, after having been driven down the parkway, called it “the prettiest Sunday drive in the World.” Winston Churchill had a deep affection for Canada. Churchill first visited Canada in the winter of 1900/1901. Already, at the age of 26, he was a veteran of four military campaigns, a celebrated war correspondent, the author of five books, a newly elected member of the House of Commons, and, as the result of his heroic escape from captivity during the Boer War, world-famous. On his seventh and final visit to Canada in 1954, Churchill said, “I love coming to Canada. Canada is the master-link in Anglo-American unity, apart from her own glories. God bless your Country.”

In bright and colorful summer days, in a magic golden fall, in an emerald green spring or in an endless and melancholic Canadian winter go to Niagara-on-the-Lake. There is something special and enigmatic in the air of that place that will cheer you up, make your soul warm and give unforgettable sweet memories. Stay a night at one of the marvelous Victorian B&B, have a glass of aromatic Ontarian wine at one of many beautiful Niagara Peninsula wineries, and if you are curious enough, there are lots of wonderful museums to visit, or take a drive on the picturesque Niagara Parkway that Sir Winston Churchill called “the prettiest Sunday drive in the World.” 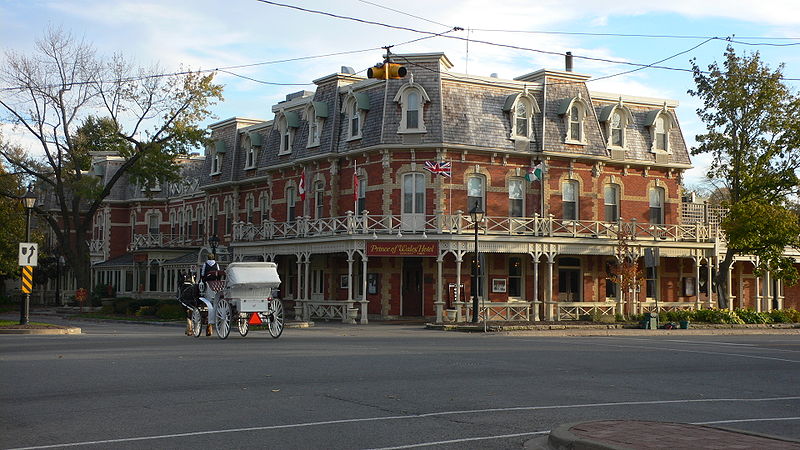 Niagara-on-the-Lake played a significant role in the establishment of many of the national and provincial institutions: parliament, the first newspaper, lending library, historical museum, and governing body for the legal profession. Critical battles in the defense of Upper Canada took place here, at Queenston, including one in which heroine Laura Secord gained her fame. 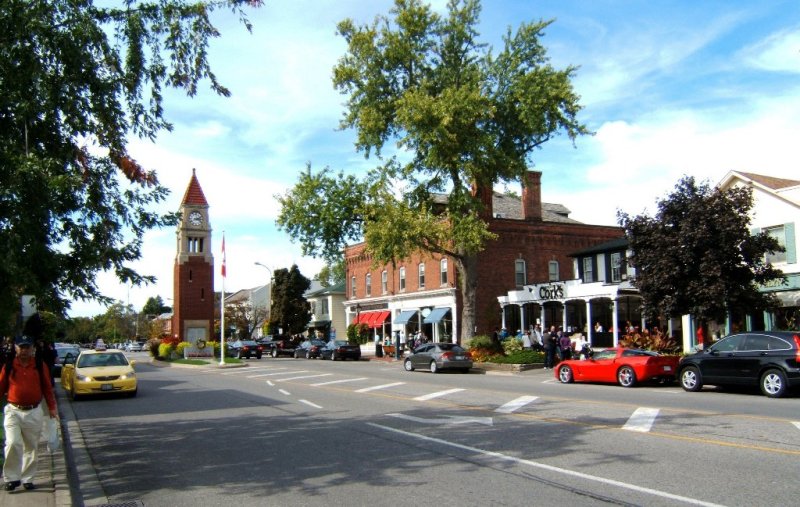 The town gave many black Americans their first taste of freedom. Its unique collection of preserved architecture dating from the 1815-1859 period includes the Niagara Apothecary, MacDougal-Harrison House, Kirby House, and St Andrew’s Church. The town has many national historic sites including Fort George, Brock’s Monument, Willowbank, Fort Mississauga and Butler’s Barracks. Historic properties of the Niagara Parks Commission include McFarland House, Mackenzie Printery, and Queenston Chapel. The Niagara Historical Museum was the first building constructed in Ontario specifically as a museum and displays a collection of early artifacts related to the history of the town. All these facts led the Canadian Government to designate the old town of Niagara-on-the-Lake as a National Historic District in 2004, the only one in Ontario.

The Fort George is now a National Historic Site, maintained by Parks Canada. The fort is open to visitors from April to October. The staff maintains the image of the fort as it was during the early 19th century, with period costumes, exhibits, and displays of that time. They train summer students in the infantry tactics and firing drills of the 41st regiment from the War of 1812. They also have the 41st Fife and Drum Corps which provides an outstanding example of how the fife and drums were used. 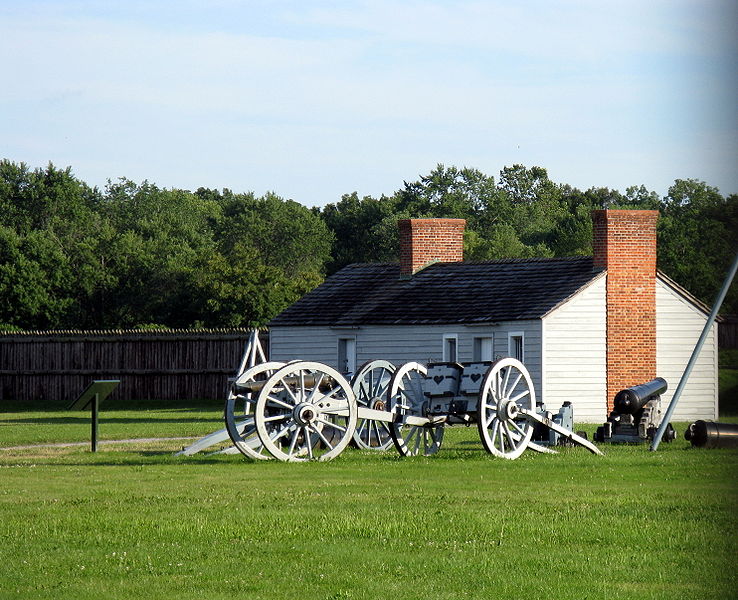 Every year, scouts from both the United States and Canada meet on and near the grounds of the fort and reenact the battle that took place nearly two hundred years ago. This has taken place since 1984 and has grown from a small group of 300 “troops” to over 1800.

Those who believe in ghosts take note: the fort is one of Ontario’s favorite “haunted” sites. Author Kyle Upton leads ghost tours of the fort, which he has been offering since 1994. “I wasn’t a believer until I started working at the Fort,” he says. “But there have been too many incidents, too many reports of odd things happening here. After all, if any place in Canada deserves to be called haunted, this is it.”

Navy Hall is a national historic site. The first parliament in Upper Canada met in a tent in 1792 near this site. The first session to sit under the roof was on September 17, 1792. Navy Hall is a wooden structure encased within a stone structure. It is situated on Ricardo Street near the Niagara River shore close to the Fort George. The original Navy Hall was built as naval establishment in 1765 by Royal Naval Commanders. It consisted of a small shipyard, docks, stores and residences, and was a local supply depot, as well as a trans-shipment point for posts on the upper Great Lakes.

Today Fort Mississauga National Historic Site consists of a box–shaped brick tower and historic star–shaped earthworks—the only one in the country. The all–brick fort was built from 1814–1816 during the War of 1812. It was built on a foundation of brick and stone salvaged from rubble left after United States forces sacked the nearby town of Newark in December, 1813. It would help in the defense of Upper Canada the following year, as part of a regional network that included Fort George, Navy Hall, and Butler’s Barracks. 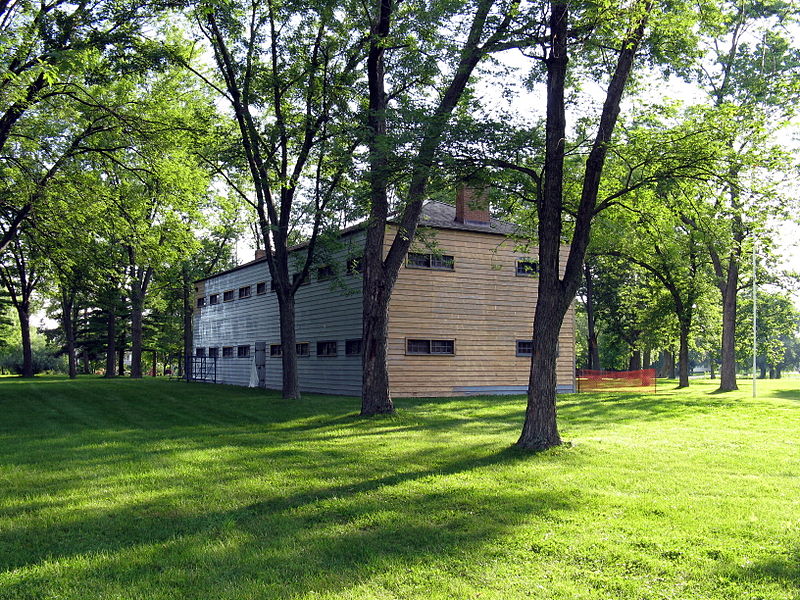 The British Army was stationed at the fort from 1813 to 1855, followed by the Canadian Army, which used it as summer training ground beginning in the 1870s, then during both World Wars and the Korean War. A golf course was laid out nearby in the late 1870s. Today, Niagara-on-the-Lake Golf Course surrounds the site, but public access is permitted via a walking path, with a warning to look out for golfers, who have the right of way. The path starts at the corner of Front and Simcoe streets.

Butler’s Barracks was the home of Loyalist military officer John Butler (1728–1796), who is most famous for leading an irregular military unit known as Butler’s Rangers on the northern frontier during the American Revolutionary War. The original barracks were constructed in 1778 on the banks of the Niagara River, and were torn down during the construction of Fort George in 1800. The building currently referred to as Butler’s Barracks was constructed in 1818, and the site at one time was quite extensive, being first used by the Indian Department, and later by the British military.

Laura Ingersoll Secord (September 13, 1775 – October 17, 1868) was a Canadian heroine of the War of 1812. She is known for warning British forces of an impending American attack that led to the British victory at the Battle of Beaver Dams. During the war of 1812, a brave woman set out on a perilous 32km (20 mile) journey in the service of her country, and stepped forever into the history and folklore of Niagara. 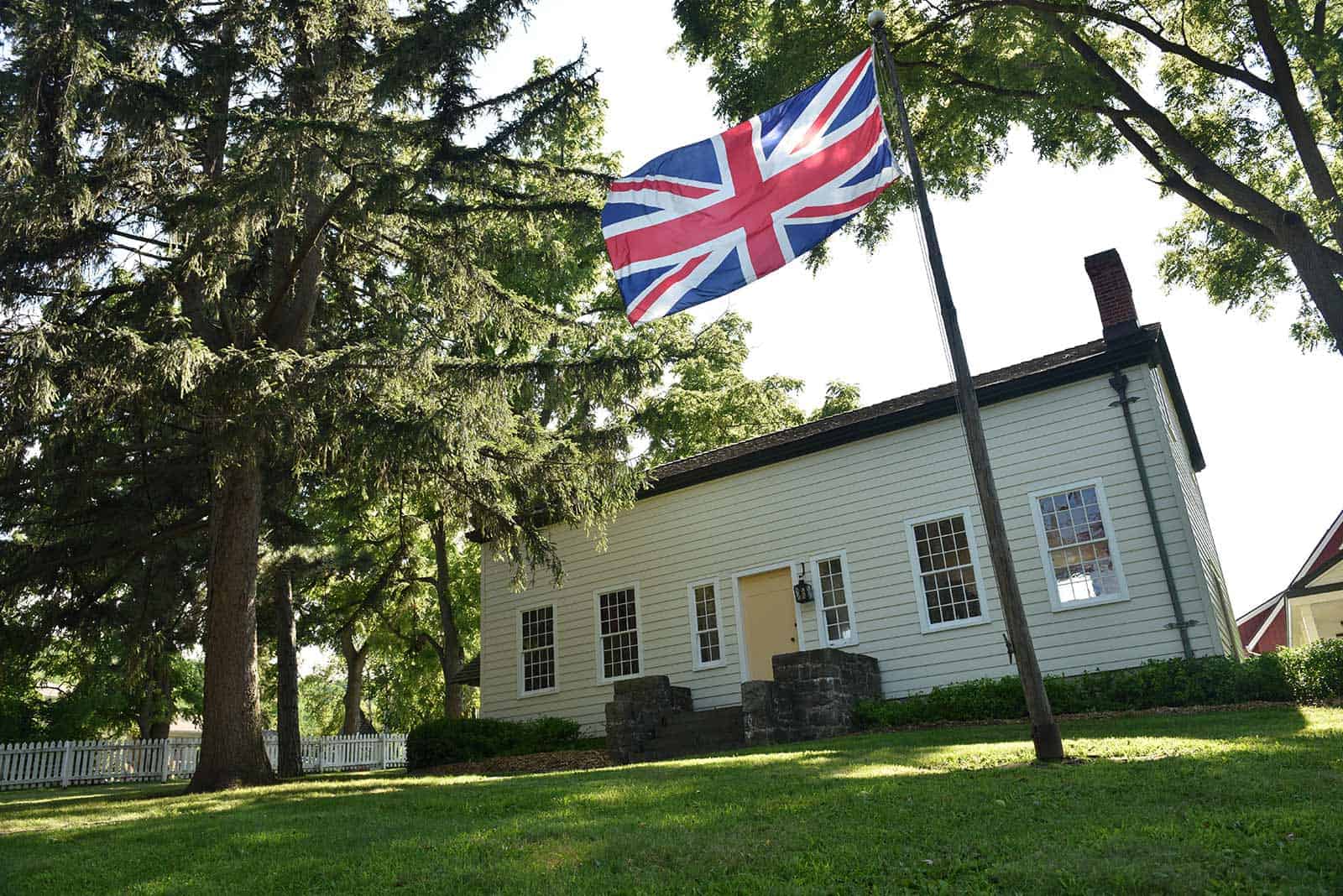 Travel back in time to her lovingly restored homestead and be enchanted by stories of her adventures and surroundings as interpreted by authentically costumed guides. Laura Secord Homestead was restored and furnished with original furniture by the Laura Secord Candy Company in 1971 and gifted to The Niagara Parks Commission in 1998. The house located in the pleasant village of Queenston, almost on the scenic Niagara Parkway.

Located in the picturesque village of Queenston, Mackenzie Printery and Newspaper Museum was reconstructed from ruins by the Niagara Parks Commission opened to public in 1938 by Prime Minister William Lyon Mackenzie King, Mackenzie’s great grandson. (William Lyon Mackenzie served as the first mayor of the city of Toronto in 1834 and was an important leader during the 1837 Upper Canada Rebellion.) The home of William Lyon Mackenzie, a rebel publisher of the Colonial Advocate dedicated to political reform, is Canada’s largest operating printing museum devoted to displaying historic presses covering more than 500 years of the letterpress printing era. That museum contains Canada’s oldest press circa 1770. You can put your “hands-on experience” there: work one of eight operating presses.

The Queenston Heights is a geographical feature of the Niagara Escarpment immediately above the village of Queenston. The promontory forms a cliff face of approximately 100m (300ft). Queenston Heights was the site of the War of 1812 Battle of Queenston Heights, where Major-General Sir Isaac Brock was killed in action in the defense of Upper Canada. It is mentioned in the 1867 song “The Maple Leaf Forever”: “At Queenston Heights and Lundy’s Lane our brave fathers, side by side, for freedom, homes, and loved ones dear, firmly stood and nobly died. And those dear rights which they maintained, we swear to yield them never. Our watchword evermore shall be, the Maple Leaf forever!”

Atop Queenston Heights sits a 56m (185ft) column, Brock’s Monument, which is dedicated to Major General Sir Isaac Brock, one of Canada’s heroes of the War of 1812. Brock and one of his Canadian aides-de-camp, Lieutenant-Colonel John Macdonell, are interred at the monument’s base, on the heights above the battlefield where both fell during the Battle of Queenston Heights. The current monument was constructed between 1853 and 1856 and is the second such structure to occupy the battlefield. 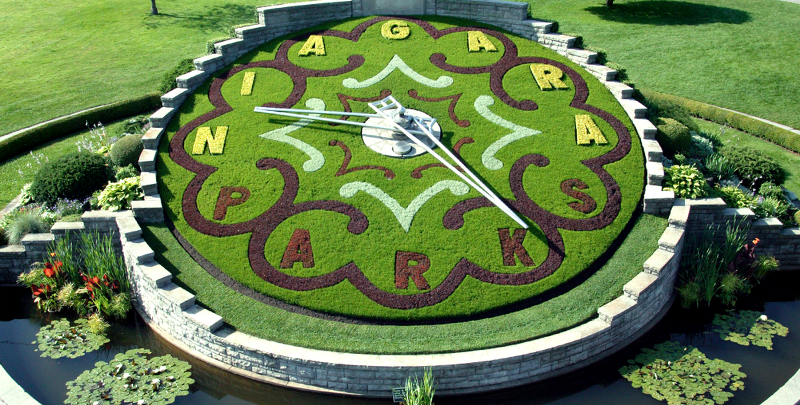 Just behind the Sir Adam Beck Power Plant and near the Lewiston-Queenston International Bridge, at 14004 Niagara Parkway, located a unique attraction and very popular stop – Floral Clock. The hands of the clock are stainless steel tubing: the hour hand is 14.5ft, the minute hand 17.5ft and the second hand 21ft long. Their combined weight is 567kg (1,250 pounds). An ivy-clad, louvered stone tower stands 7.3m (24 feet) tall and contains speakers that every quarter hour broadcast Westminster chimes. The intricate designs on the face of the timepiece are created with up to 16,000 carpet bedding plants. The floral design is changed twice each year.

The Floral Clock was built by Ontario Hydro in 1950 but the idea to build the attraction came from Dr. Richard Lankaster Hearn, Hydro’s General Manager and Chief Engineer at the time. Since 1977 The Niagara Parks Department has been responsible for designing and planting the face of the Clock and a site maintenance worker regularly checks the official time to ensure the Clock’s accuracy. The mechanism is kept in working order by Ontario Hydro.

To say the truth, Carolus Linnaeus proposed the concept of the Horologium Florae (“flower clock“) in 1751 and published it in Philosophia Botanica. Actually, it was a hypothetical garden plan  that would take advantage of several plants that open or close their flowers at particular times of the day to precisely show the time. The idea was attempted by several botanical gardens in the early 19th century with mixed success because the accuracy of such a clock is affected by weather, seasonal effects and other factors.

Just right on Niagara Parkway, Niagara Parks’ Botanical Gardens are located. This beautifully maintained garden was established in 1936 on 40ha (99 acres) and features over 2,400 roses and one of Canada’s finest collections of ornamental trees and shrubs. This Garden is home to the Butterfly Conservatory and serves as the unique outdoor classroom for students attending the Niagara Parks School of Horticulture.

The Whirlpool Aero Car is a cable car that transports passengers over a section of the Niagara River referred to as the whirlpool. 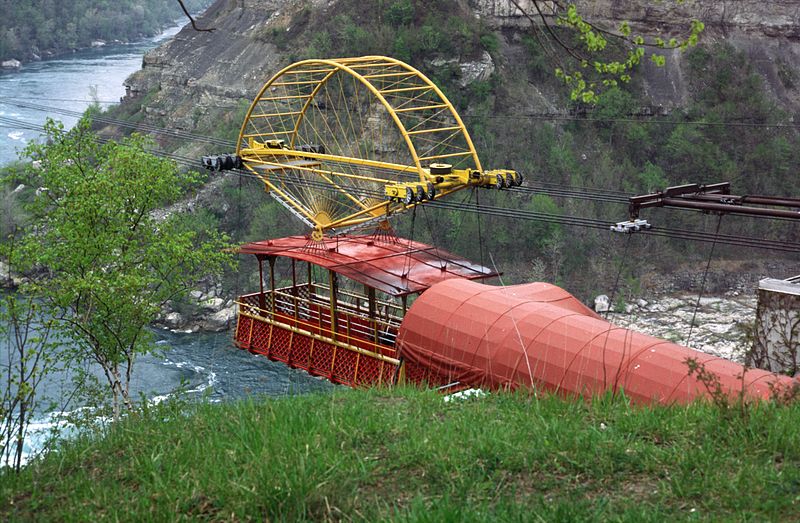 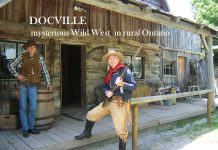 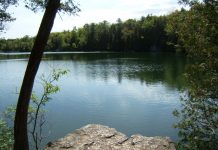 The Telephone Homeland – Alexander Bell Homestead in Brantford in Ontario 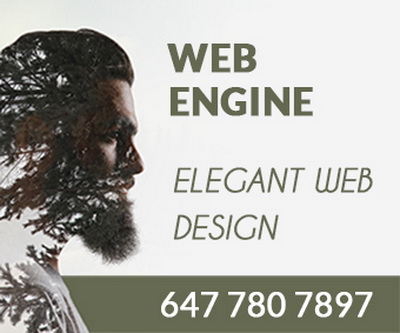